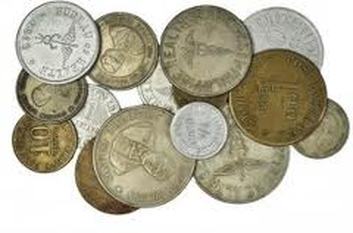 Between 1902 and 1904, the Commission of Public Health supervised the establishment of a leper colony on Culion Island in the China Sea, some miles southeast of Manila.

A decision to provide the colony with its own coins, valid only for use on the island, was delayed until 1913 when the first series, made by a private firm, Frank & Co., in Manila was introduced. Later issues were struck at the Manila Mint after it went into operation in 1920.

In all, there were six dated issues and a total of 16 varieties made for the Culion leper colony. Two have special features which call for note. The probability is that the half centavo, issued only in 1913, was not put into circulation. I have handled over a thousand of these coins and all have been in uncirculated condition. By unofficial report 2,000 of the 1930 one-centavo pieces were minted. However, none are known to exist in any collection and its seems unlikely that any were actually issued.

The civil government of the Philippines issued an Executive Order creating a leper colony on the remote island of Culion, in the northernmost chain of Palawan islands, which was referred to at that time as the “Island of the Living Dead.”

The first contingent of 670 leper patients were brought from the province of Cebu, and subsequently from other areas, eventually creating one of the largest Leprosaria in the world. Inadequate facilities created extremely poor living conditions for the patients.

With only a 100-bed hospital, most lived in small bamboo huts. Those more able-bodied patients engaged in crude agriculture and fishing. Except for those who started families in the colony, patients were separated from relatives and the rest of society and lived in isolation and poverty.

Modern Medicine: By the 1920’s, modern medicine began to reduce active leprosy among the population, although hundreds of residents still suffered from the results of the disease.

In 1964, the Liberalization Act was passed, prohibiting the admission of early active cases of leprosy, and reducing the jurisdiction of the Department of Health over the islands. After this time, Culion was inundated by settlers, primarily non-lepers (“sanos”) who were families and friends of the patients, and government employees.

While the pain of separation was eased by this flood of immigration, the natural resources were rapidly depleted. The government acted in 1974 to revert Culion into a reservation under the full administration of the Department of Health. This law did not remove any residents, however, and the non-patient population continued to grow, while the patient population dwindled.

As the community progressed, positive changes were made, and the former leper colony became a Municipality in 1999, a time of progress and modernization throughout the Philippines. 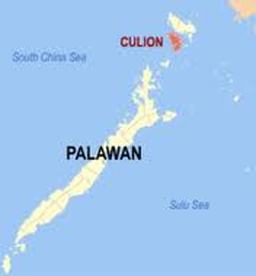