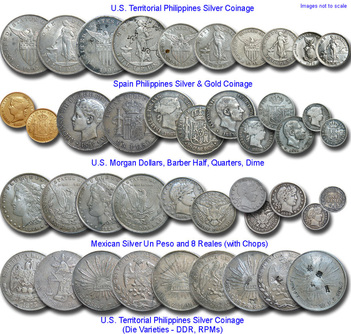 The Republic of the Philippines, an archipelago in the western Pacific 500 miles (805 km.) from the southeast coast of Asia, has an area of 115,830 sq. mi. (300,000 sq. km.) and a population as of today year 2011 approximately 91,983,000. The Capital is Manila. The economy of the 7,000-island group is based on agriculture, sugar and hemp are exported.
Migration to the Philippines began about 30,000 years ago when land bridges connected the island with Borneo and Sumatra. Ferdinand Magellan claimed the island for Spain in 1521. The first permanent settlement was established by Miguel de Legazpi at Cebu in April of 1565; Manila was established in 1572. A British expedition captured Manila and occupied the Spain by the treaty of Paris, 1763. Spain held the Philippines amid a growing movement of Filipino nationalism until 1898 when they were ceded to the United States at the end of the Spanish - American War. The Philippines became a self-governing commonwealth of the United States in 1935, and attained independence as the Republic of the Philippines on July 4, 1946.


Today, The Philippine coin's without doubt of the demand during the past many years has been great and prices for rare coins have risen sharply, and the prices are herewith reflected. The bi-monthly auctions of the Philippine Numismatic, Bank Notes Society of the Philippines (BNSP), Bayanihan Collectors Club (BCC) and Antiquarian Society in Manila have produced record high for many rare coins, and this is justly so. This is also true with auctions conducted in Spain and the United States.

Coinage Under Spanish Rulers Until 1898 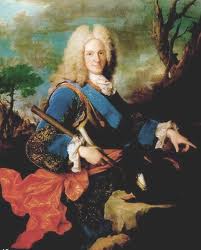 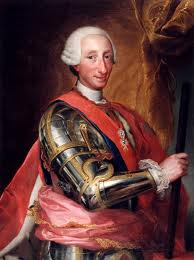 Charles was the first son of the second marriage of Philip V with Elizabeth Farnese of Parma. 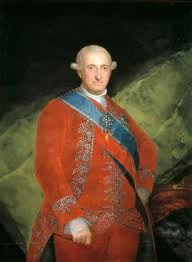 Charles was the second son of Charles III and his wife Maria Amalia of Saxony. He was born at Portici, while his father was king of the Two Sicilies. His elder brother Don Felipe was passed over for the two thrones as mentally retarded and epileptic. 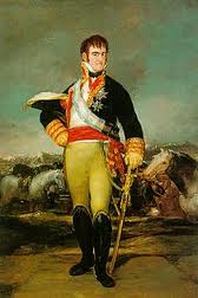 The eldest surviving son of Charles IV, king of Spain, and of his wife Maria Louisa of Parma, he was born in the vast palace of El Escorial near Madrid. 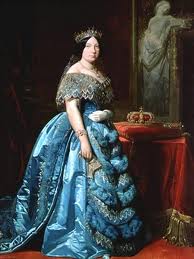 Isabel II Oct. 10, 1830 – Apr. 10, 1904
Isabel II (October 10, 1830 – April 10, 1904), Isabel II in Spanish, was Queen regnant of Spain ("Queen of the Spains" officially from August 13,1836, Isabella II the "queen of Castile, Leon, Aragon,...") She was Spain's first and so far only queen regnant, although she is sometimes considered the third Queen Regnant of Spain, as previous monarchs of Leon and Castile were counted as kings and queens of Spain. Counting the monarchs of Aragon as well, she is the fourth queen regnant of Spain.
Isabella was born in Madrid in 1830, the eldest daughter of Ferdinand VII, king of Spain, and of his fourth wife and niece, Maria Cristina, who was a Neapolitan Bourbon and also a grand-niece of Marie Antoinette. Maria Cristina became queen-regent on September 29, 1833, when her daughter Isabella, at the age of three years, was proclaimed queen on the death of the king.
Isabella succeeded to the throne because Ferdinand VII induced the "Cortes Generales" to help him set aside the Salic law introduced by the Bourbons in the early 18th century, and to re-establish the older succession law of Spain. The first pretender, Ferdinand's brother Carlos, fought seven years, during the minority of Isabella, to dispute her title. His supporters and descendants were known as Carlists and the fight over the succession was the subject of a number of Carlist Wars in the 19th century. 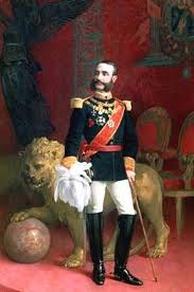 Alfonso was the son of Isabella II of Spain, and allegedly, Francis of Assisi de Borbon, her King Consort. His true biological paternity is uncertain, though his legal paternity is not: his mother was married to her (presumed homosexual) cousin Francis of Assisi de Borbon, the King Consort of Spain, at the time of Alfonso's conception and birth. Some theories suggest that Alfonso's biological father might have been either Enrique Puigmoltó y Mayans, captain of the Royal Guard, or General Francisco Serrano. 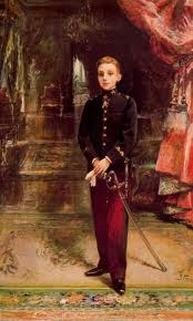 Although Alfonso's reign would not end well, it began well. The French newspaper Figaro described the young king as "the happiest and best loved of all the rulers of the earth." When he came of age in 1902, the week of his accession to the throne was marked by a week of festivities, bullfights, balls and receptions throughout Spain.

During his reign Spain lost its last colonies in the Americas (Cuba andPuerto Rico) and the Philippines; fought and, after several setbacks, won a war in Morocco; witnessed the start of the Spanish Generation of 1927, and endured the dictatorship of Miguel Primo de Rivera, which ultimately cost him the throne.